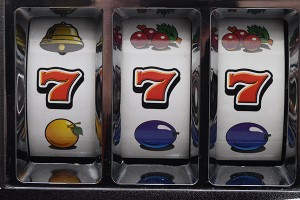 Ask anyone to name popular casino games  and odds are that more often than not the game they will mention is slots.  This is due, at least in part, to the fact that slots are much more widely played games as opposed to some of the other traditional online casino games.  Most people are drawn to the slot machines because they are so easy to play.  All you have to do is push a button and watch the reels spin.  What these players don’t always realize that there are other games that are not only easy to play, but also offer a greater risk/reward ratio.  Take the game of roulette for example.  It is solely based on a tiny silver ball spinning around a wheel that is numbered from zero to thirty-six.  Winners are determined based on where the ball lands.  However, it’s the fact that players can customize their bets according to their tolerance of risk that makes it very appealing to many players.

Another well-known classic online casino game is blackjack. Unlike video slots, whose outcomes are purely a matter of chance, blackjack falls on the other end of the spectrum because it is a game based on skill and strategy, not just luck.  While slot machines are one of the more popular casino games in part because there are so many different ones to choose from, blackjack also comes in many variations, which helps to keep the game interesting.  By applying even just a tiny bit of strategic knowledge, blackjack can be not only a hugely entertaining, but also potentially very profitable online casino game.

While it may appear similar to blackjack, baccarat really is a horse of a different colour.  Both popular casino games rely on the use of playing cards, but whereas blackjack has an element of skill built in, baccarat is entirely based on luck.  The tie bet is an awful bet in baccarat because it gives the house an advantage in the 13-14% range.  If you avoid the tie bet completely, then the house advantage is actually rather small.  When it comes to action, this online casino game doesn’t pack a huge punch, but it is a great social game and if you play the live dealer version or within a multi-player environment, you get the opportunity to meet interesting people and share in a fun gaming experience.

Most people have heard of the game of craps, but that’s part of the reason why it’s not considered to be one of the popular casino games like slots.  Craps has a reputation of being a difficult and complicated game to learn, which is unfortunate, because it is, like roulette, a pretty straight-forward game.  You only need to decide whether to bet against or with the shooter; the shooter being the one throwing the dice.  Certain rules apply to the outcome of the shooter’s toss and your fate in the game is, for better or worse, tied to the shooter’s wins and losses.  Like baccarat, craps can be a great social game, and has the potential to be counted among the other very popular casino games, but with the excitement of blackjack or slots.